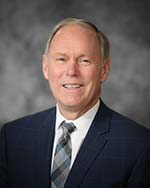 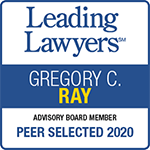 Gregory C. Ray has been in active practice with Craig & Craig in the Mattoon offices since March, 1976, when he graduated from the University of Illinois School of Law. Mr. Ray’s work has encompassed many areas of civil litigation, taking jury verdicts in cases ranging from medical malpractice and product liability to construction accidents and premises liability to animal liability claims (See Kirkham v Will 311 Ill. App. 3d 787 (5th Dist., 2000) where the appellate court sustained a defense verdict and affirmed the use of a non-pattern jury instruction) and automobile accidents.

For many years Mr. Ray has been active in employment law litigation including workers compensation and retaliation claims, including handling claims before the Federal and State agencies charged with enforcement, from the Illinois Department of Human Rights and the EEOC to the Illinois Department of Labor and OSHA, and has counseled many area employers on discrimination law.

He has represented both national and regional and local corporations, including not-for-profit corporations and local governmental entities in litigation of nearly every kind, from defending them in personal injury and property damage claims to injunction actions involving restrictive covenants in employment agreements, and in recent years has been involved in a number of disputes whether rural township roads were abandoned or not abandoned for purposes of use by the adjoining landowner or, alternatively, reworking by the Highway Commissioner to produce a passable roadway, and was counsel for a township in an important appellate case that reaffirmed the law relating to township roads that has been largely the same for over 100 years. Hart v. Shafter Township, 348 Ill. App. 3d 713 (5th Dist., 2004).

Commercial disputes involving agricultural companies, health care providers and financial institutions, as well as representing both insurers and insureds in disputes over insurance coverage, are also regularly on Mr. Ray’s active litigation docket. He appears regularly in both State and Federal Courts.

Mr. Ray earned a Bachelor of Science degree in accounting (Southern Illinois University, Carbondale, 1973) and he has a keen interest in medical matters which provide strong backgrounds for a broad-based litigation practice.

Recent trials have ranged from a medical malpractice defense to a nursing home defense, both of which produced defense verdicts, and a case involving alleged operator error in the use of construction equipment causing serious personal injury to the Plaintiff, which led to a trial that was driven by the question of value of the case rather than any genuine dispute over liability.  More recent trials have included defense of a construction company, who was the plaintiff’s employer, which was sued by the primary defendant for contribution, and the defense of a suit against a police officer, involving multiple theories of recovery, including claims arising under §1983 of the Civil Rights Act.